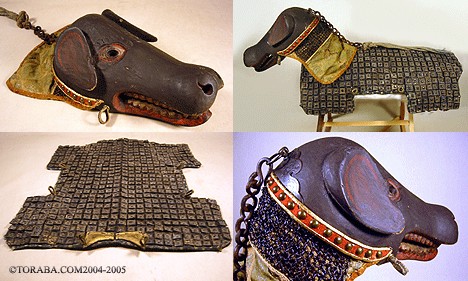 >This suit of dog armor — identified by antique Japanese armor dealer Toraba.Com as the only known and certified authentic example of its kind — is believed to have been created for the pet of a wealthy, high-ranking and presumably eccentric samurai or daimyo (feudal lord) in the mid to late Edo period (mid-18th to mid-19th century)